16 years ago when I was making my television series Triumph of the Nerds, I interviewed Steve Jobs.

That was in 1995, 10 years earlier Steve had left Apple, following a bruising struggle with John Sculley, the CEO he had brought into the company.

At the time of our interview, Steve was running NeXT, the niche computer company he founded after leaving Apple.

Little did we know was within 18 months he would sell NeXT to Apple, and 6 month later he’d be running the place.

The way things work in television we use only a part of that interview in the series.

And for years we thought the interview was lost for forever

because the master tape were missing while being shipped from London to US in the 1990s.

Then just a few days ago, series director Paul Sen found a VHS copy of that interview in his garage.

There are very few TV interviews with Steve Jobs and almost no good ones.

They rarely show the charisma, candor and vision that this interview does.

And so to honor an amazing man, here’s that interview in its entirety,

Most of these has never been seen before.

Bob: So, how did you get involved, uh, with personal computers?

And they were really big boxes with whirring. For some reason they fixated it on the tape drives, as being the icon of what the computer was, or flashing light somehow.

And, so nobody had ever seen one. They were mysterious, very powerful things that did something in the background.

And so to see one and actually get to use one was a real privilege back,

and I got into NASA Ames Research Center and I got to use a time sharing terminal.

And so I didn’t actually see a computer but I saw a time sharing terminal.

And in those days it’s hard to remember how primitive it was. There were no such things as a computer with a graphics video display.

It was literally a printer. It was a teletype printer with keyboard on it,

so you would keyboard this commands in and you would wait for a while, and then things would go “tatatatatata”, and it would tell you something else.

But even with that, it was still remarkable, especially for a 10-year-old,

that you could write a program in BASIC, let’s say, or FORTRAN.

And if they were the results you predicted, your program really work, and it was incredibly thrilling experience.

So I became very err…. captivated by computer.

And a computer to me was still a little mysterious

cause it’s at the other end of wire, I had never really seen the actual computer itself.

I think I got tours of computers after that, saw the insides,

and then I was part of this group at Hewlett-Packard

when I was 12, I called up Bill Hewlett who lived in Hewlett-Packard at the time.

And again this dates me… But there was no such thing as unlisted telephone number then,

so I can just look into the book and look his name up.

And he answered the phone, and I said Hi, My name is Steve Jobs. You don’t know me,

but I’m 12 years old, and I’m building a frequency counter, and I’d like some spare parts.

and so he talked to me for about 20 minutes,

I will never forget as long as I live, he gave me the parts, but he also gave me a job working in Hewlett-Packard that summer.

and I was 12 years old. and that really made a remarkable influence on me,

Hewlett-Packard was really the only company I’d ever seen in my life at that age.

And it forms my view of what a company was and how well they treated their employees.

You know, at that time, I mean they didn’t know about cholesterol back then.

And then at that time they used to bring a big car full of donuts and coffee out at 10 o’clock every morning,

and everyone take a coffee and have a donut break, just little things like that .

It was clear that the company recognized its true values was its employees.

So anyway, things led to things with HP and I started going up to their Palo Alto Research Labs every Tuesday night,

with a small group of people to meet some of the researchers and staffs.

and I saw the first desktop computer ever made which was the HP 9100.

It was that as big as a suitcase but it actually had a small Cathode Ray Tube (CRT) display in it.

And it was completed self-contained. There was no wire going off behind the curtain somewhere, and I fell in love with it.

And you could program BASIC in APL. And I would just, for hours, you know, get right up to HP and just hang around that machine and write programs for it.

so that was the early days. And I met Steve Wozniak around that time too.

and we immediately hit it off , and he was the first person I met who knew more electronics than I did.

He gone off to college and got kicked out for pulling pranks.

And he was living with his parents and going to De Anza, the local junior college.

so we became best friends and started doing projects together.

We read about the story in Esquire magazine about this guy named Captain Crunch,

who could supposedly make free telephone calls, you heard about this I’m sure.

And we again, we were captivated. How could anybody do this?

And we thought it must be a hoax.

And we started looking through libraries, looking for the secret tones that would allow you to do this.

And it turned out that we were at Stanford Linear Accelerate Center one night,

and way in the bowels of their technical library, way down at the last bookshelf in the corner bottom rack.

We found an AT&T Technical Journal that laid out the whole thing.

We saw this journal and we thought “My God! It’s all real”. 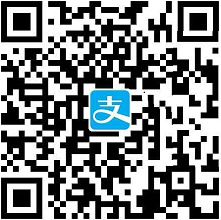